Innovations in goods delivery, from drones to courier network services, are changing how goods are delivered to us. 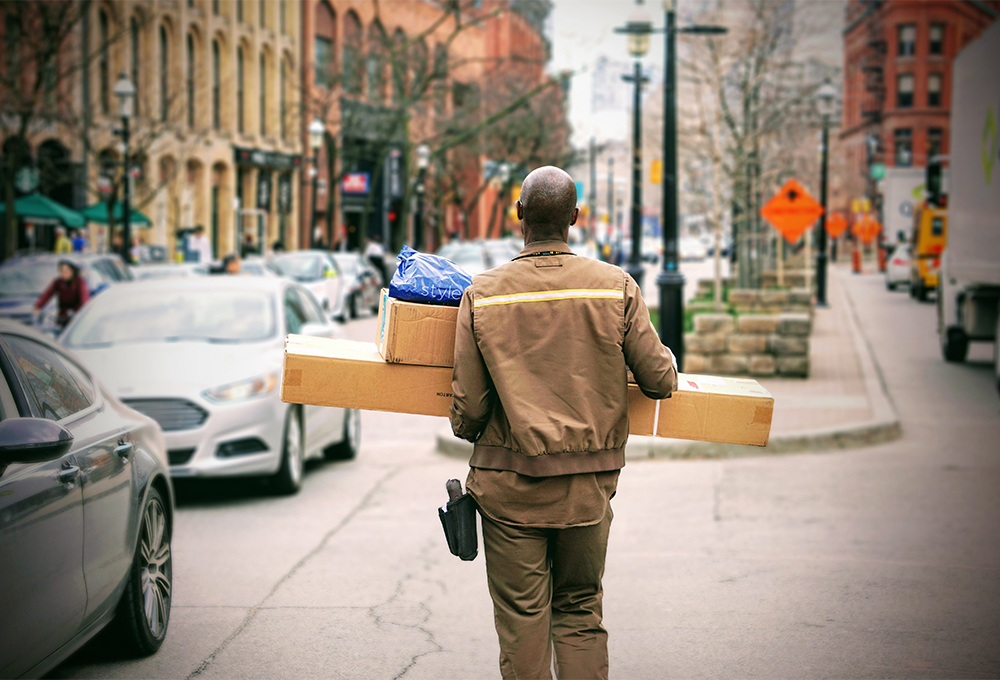 Goods delivery refers to the shipping and fulfillment process of e-commerce and its effects on communities, as well as the urban design implications and considerations the process brings with it. While the effects that e-commerce goods delivery has on urban areas are often the most visible, this process affects suburban and rural communities as well.

E-commerce retailers usually offer up to three delivery types: standard delivery, same-day delivery, and hourly/instant delivery. Traditional delivery operates in a similar fashion to mail-order retail, where a retailer ships an order to a customer via various shipping carriers upon order receipt. Same-day delivery typically utilizes either in-house logistics or third-party delivery and fulfillment contractors, while hourly or instant delivery options may use either an in-house employee or on-demand courier services.

In order to fulfill orders quickly and cost effectively, e-commerce retailers offering same-day delivery may use either in-house logistics chains or third-party delivery contractors rather than conventional shipping options for deliveries. By handling their own shipping in-house, retailers can better control delivery schedules and processing times. Using delivery contractors allows retailers to avoid having to provide benefits, liability insurance, and other employment-related support to their delivery drivers. 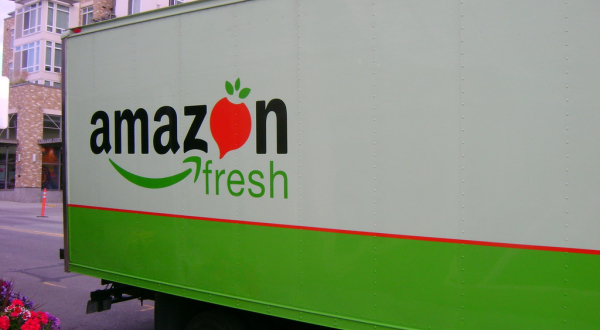 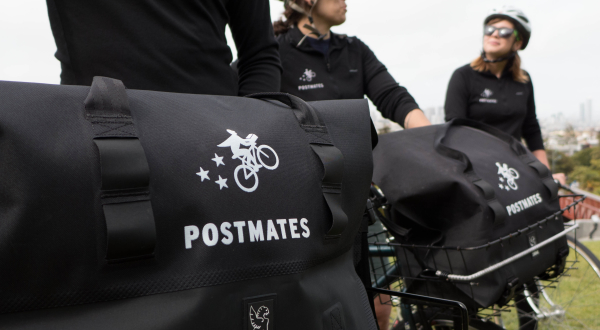 2004 - Grubhub is founded as a way of consolidating paper restaurant menus into an a streamlined online format.

September 2011 – Amazon installs delivery lockers, named Amazon Hub Lockers, in New York City, Seattle, and London, allowing multiple packages to be delivered at one stop. As of June 2018, Amazon Hub Lockers are located in more than 900 cities worldwide. These lockers reduce delivery costs and reduce the likelihood of package theft.

January 2018 – Amazon announces that more than 5 billion items were shipped with their Prime subscription service in 2017.

January 2018 – Researchers at the University of Washington’s Urban Freight Lab  coin the term, the “final 50 feet” of delivery, referring to the final leg of between the curb  and the destination address. The researchers find that is the most expensive and time-consuming leg of goods delivery.

June 2019 – Amazon’s CEO of Amazon Worldwide Consumer, announces that “within months” packages ordered through Amazon Prime will begin to be delivered by drone.

September 2019 – Amazon pledges to be carbon neutral by 2040 alongside purchasing 100,000 electric vans for to be used for deliveries.

November 2020 – The COVID-19 pandemic propels the growth of the on-demand delivery market.

How will e-commerce impact distribution warehousing? How will autonomous vehicles affect the location of industrial districts?

What will draw people to places in the future? How important will entertainment be in decision making? How do we create “buzz”?