TNCs are disrupting the transportation market with their app-based point-to-point services and fleet of driver-owned vehicles. 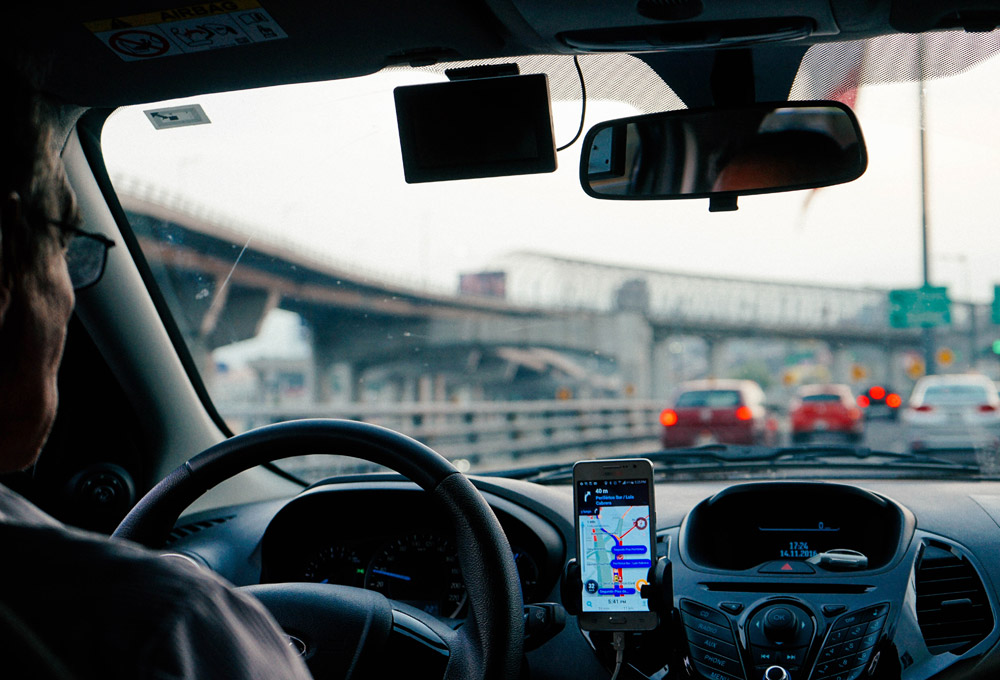 Photo by Dan Gold on Unsplash

Transport network companies (TNCs), also known as ridehailing companies, provide on-demand transportation services for passengers. In contrast to taxis and other more traditional for-hire transportation services, TNCs typically do not maintain their own vehicle fleets or operate conventional dispatch centers. Instead, passengers request rides directly from private drivers under contract with a TNC, usually through the use of a smartphone app. Noteworthy examples of TNCs include Uber and Lyft.

The Covid-19 pandemic is causing dramatic changes to the TNC industry. To find out more about these changes, read Urbanism Next's TNC Covid page.

Read Urbanism Next's two new reports in the Covid-19-- Impacts to Cities and Suburbs series, Key Takeaways Across Multiple Sectors and Impacts to the Urbanism Next Framework, to learn how the Covid-19 pandemic is changing different elements of urban living, including to transportation, urban design, building design, and e-commerce.

Typically, TNCs offer two distinct types of ride requests: individual and shared.  The individual option allows one person or a group travelling together to request a ride from origin to destination, similar to how taxis have generally worked. In contrast, the shared ride option allows for multiple unrelated parties with pickup and dropoff locations along a similar route to share a vehicle, usually at a discount from individual rates. Both Lyft and Uber have shared ride options integrated into their platforms, but the availability of a shared ride is dependent on the local context and the relative density of origins and destinations in an area.

Unlike more conventional transportation services such as taxis and shuttles, which typically charge fixed rates based on destination and distance travelled, TNCs may dynamically adjust their pricing, which is also known as surge pricing, based on ride request volume and driver availability. This can result in rates that are considerably lower than taxis, particularly during periods of low demand. However, the opposite can prove true during periods of high demand, with TNC rates sometimes far outstripping those of taxi or shuttle services operating during the same time period. 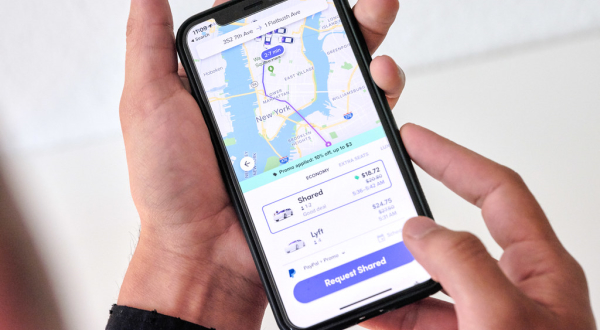 TNCs can provide greater convenience than personal vehicles by providing point-to-point service without the need to park at the destination, which has proven especially popular at airports and areas with concentrated nightlife. When surveyed, the top reasons riders have cited for taking a TNC are to avoid drinking and driving, difficulties finding parking at their destination, and the price of parking. They can also be more convenient than conventional taxis and shuttle services by offering app-based ride requests and payments, upfront pricing and route previews, and often shorter wait times due to the more flexible nature of their ad hoc driver network.

TNC service areas may be more extensive than those of taxi and shuttle services, allowing for greater mobility options across all geographies. A study conducted in Los Angeles, for instance, found that Lyft served 99.8% of neighborhoods in Los Angeles County. Additionally, TNCs are not limited to individual metropolitan areas, allowing users to request rides from the service even when travelling.

TNCs have low barriers to entry for drivers and are generally easy for riders to access. Driver requirements are fairly minimal, with most TNCs only requiring a car manufactured within the last decade in good condition, a basic background check, and a standard non-commercial driving license for most baseline positions. Professional insurance is usually not required. Drivers are also able to work a self-set flexible schedule. In general, riders only need access to the app and a credit or debit card in order to request a ride. 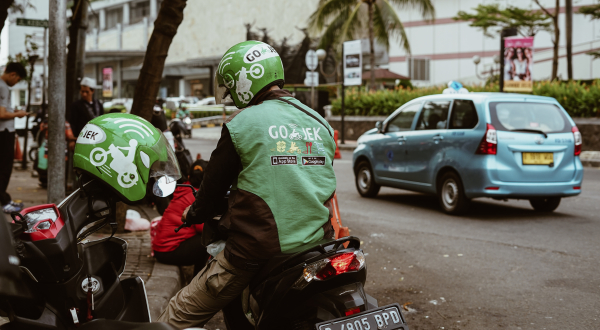 Photo by Afif Kusuma on Unsplash

Legislation governing the operation of TNCs varies from place to place, with some state, regional, and local governments have specific requirements, such as special licensure for transportation services, that TNCs have not always met. This has resulted in TNCs sometimes operating illegally and has sparked public and governmental backlash against TNCs based on safety concerns, questions about TNC reputability, and other issues related to incompatibility with existing regulations.

TNC services can be inaccessible to people with special travel requirements, such as people in wheelchairs, as well as people without app-capable devices or credit/debit cards. TNCs can also be expensive compared to options such as public mass transit, making affordability a potential barrier for lower-income populations.

The long-term feasibility of TNCs is uncertain from both a financial and political perspective. Uber, Lyft, and DiDi all operated at a loss in 2018, 2019, and 2020, and all three have lost money every year or almost every year since they launched. Lyft and Uber have claimed clear paths to profitability in 2021, but this is not yet consistently proven. Politically, many cities consider TNCs problematic, and see them as contributors to pollution, congestion, and an erosion of active transportation. Questions about the classification of drivers as independent contractors have also come up, especially since California’s passage of AB-5 in September 2019, which  reclassify contractors as employees. That law was upended in 2020 with the passage of Prop 22 which gave workers limited benefits but prevented them from being considered employees. In August of 2021, a judge found this law unconstitutional extending uncertainty about the long-term classification of drivers.

COVID has limited TNC use. COVID caused a more than 70% drop in TNC usage as riders were weary of being in an enclosed car with drivers and as travel generally decreased (particularly business and leisure travel).  While rates of TNC usage increased as vaccination rates increased, levels of TNC use continues to be depressed compared to peak pre-COVID levels.

Uber Technologies, Inc. is one of the largest TNCs in the world and one of the first to find widespread success. In addition to standard ridehailing services, Uber has started to invest in a variety of transportation technologies, including autonomous vehicles and short-range air travel. Uber launched as UberCab in 2009.

DiDi Chuxing Technology Co. (滴滴出行) is the largest TNC in the world by number of users, and the main TNC used in the People's Republic of China. Unlike Uber, which has largely remained focused on ridehailing and transportation services, DiDi has branched out into automotive maintenance, insurance, financing, and even vehicle design and production. Didi's continued growth has come into question due to pressure from the government in China. DiDi launched as Didi Dache in 2012.

Lyft, Inc. is the second-largest TNC in the United States, after Uber. Lyft provides standard ridehailing services but has also expanded its operations to include bikeshare and scooter share, and is also pursuing research into autonomous vehicles. Lyft launched in 2012.

Grab Holdings Inc. is one of the largest TNCs operating out of Southeast Asia. Grab primarily focuses on ridehailing, ridesharing, and food delivery services, but has also invested heavily in research and development. In 2015 it opened a research center in Singapore, and in 2016 it opened a tech hub in Seattle in a bid to attract additional talent. Grab launched as GrabTaxi Holdings Inc. in 2012.

Other locality-specific TNCs can also have a significant presence in their particular areas of operation, often by offering services tailored to the specific needs and economic conditions of their locality in a way that a much larger organization such as Uber or DiDi might struggle to match. Some examples of locality-specific TNCs include Pathao (India) and Gokada (Nigeria).

People use TNCs for convenience and to save time. By using a TNC, a traveller can avoid the hassle of driving to and from an event or a location, finding and paying for parking, etc. TNCs can also be faster than some forms of transportation, such as public transit, or more cost-effective than rental cars if they only have limited transit needs when travelling.

TNCs can provide expanded mobility options for those who cannot or choose not  to drive for a variety of reasons. Having access to a driver and car may expand transportation options for people with physical disabilities, seniors, and people without driver’s licenses. Illness, fatigue, or intoxication are also cases where TNCs can provide a safer transportation option.

TNCs can fill gaps in public transit. For people who live outside of public transit service areas or who travel during times when public transit is not running or is running on a limited basis, TNCs can either complement public transit by providing first-mile/last-mile connections, or completely replace it. TNCs may also often be preferred to other transit options depending on the time of day and general perceptions of safety.

July 2010 – The first trip is taken using the Uber platform.

September 2013 – California becomes the first state to define and regulate TNCs when the California Public Utilities Commission votes on Decision 13-09-045. The definition of a TNC according to the California lawmakers is: “an organization whether a corporation, partnership, sole proprietor, or other form, operating in California that provides pre-arranged transportation services for compensation using an online-enabled application (app) or platform to connect passengers with drivers using their personal vehicles.”

April 2014 – Uber’s operations spreads to 100 cities around the globe.

December 2015 – Uber announces that they have provided 1 billion trips since their launch.

August 2016 – The first class-action lawsuit against a TNC is filed in California when a group of Uber drivers sue the company, arguing that California’s labor laws dictate that drivers should not be classified as independent contractors, but instead as employees and subject to reimbursement of business expenses.

May 2016 – Uber and Lyft cease operations in Austin, Texas when voters in Austin approve a ballot measure that increases the rules and regulations for TNC operations, including a fingerprinting database for drivers and increased  data sharing requirements.

May 2017 – Innisfil, Ontario, Canada becomes the first town to use a TNC as a public transportation service, subsidizing all Uber rides within city limits.

June 2018 – Uber announces that they have provided 10 billion trips since launching.

August 2018 – The New York City Council votes to cap the number of licenses for  TNC vehicles for one year, making it the first major U.S. city to do so.

November 2019 – Statista publishes statistics about Uber and Lyft’s market share, finding  that in 2017 Uber accounted for 74% of all ridehail trips and Lyft accounted for 22%.

March 2020 – COVID pandemic severely reduces TNC use, bringing US trips down by more than 70%.

August 2021 – Judge finds Prop 22 unconstitutional. Prop 22 was a California ballot initiative that became law in the state in 2020 and ensured drivers were not classified as employees.

This report combines recently published research and newly available data from a national travel survey and other sources to create the first detailed profile of TNC ridership, users and usage. The report then discusses how TNC and microtransit services can benefit urban transportation, how policy makers can respond to traffic and transit impacts, and the implications of current experience for planning and implementation of shared autonomous vehicles in major American cities.

"This paper presents findings from a comprehensive travel and residential survey deployed in seven major U.S. cities, in two phases from 2014 to 2016, with a targeted, representative sample of their urban and suburban populations. The purpose of this report is to provide early insight on the adoption of, use, and travel behavior impacts of ride-hailing. The report is structured around three primary topics, key findings of which are highlighted below."

This is a fact sheet suitable for use as a printed handout on Urbanism Next's topline research findings regarding TNCs.