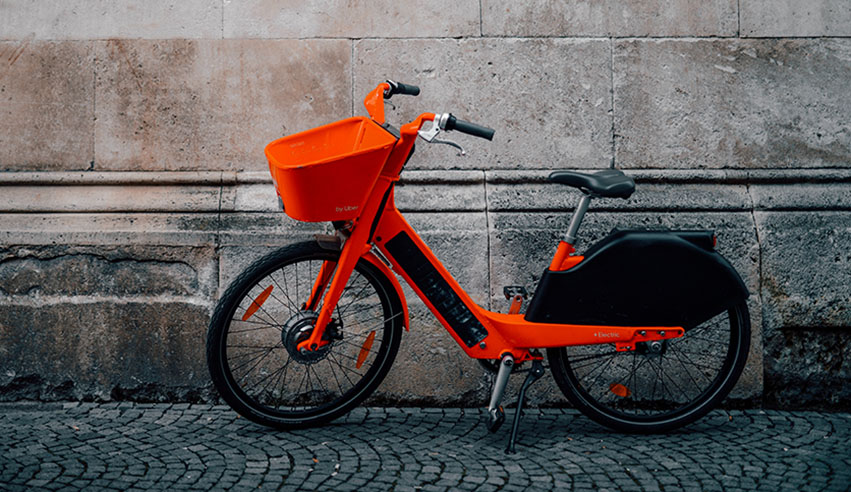 Photo by Kolar.io on Unsplash

Bicycle ridership and sales are soaring. In March, bicycle sales nationwide nearly doubled those of last year. E-bikes are also being purchased faster than usual. Public bikeshare system such as those in Chicago and New York have seen increased ridership while private micromobility companies have reduced and remove their fleets from some city streets. However, amidst protests and curfews in early June cities forced Citi Bike in NYC and other micromobility services to abruptly halt their services during the curfew periods. This left some essential workers (disproportionately Black folks and people of color) stranded and posed barriers for protesters and delivery workers to meet their transportation needs. In addition, there is concern that sudden disruptions in services could erode people’s trust and reliance in micromobility services.

In the U.S., demand for shared e-scooters has plummeted, leaving little revenue for companies yet to prove profitability. A New York Times credit card spending analysis showed that “spending on scooter rentals had fallen the most of all transportation modes, by nearly 100 percent” (Hawkins, The Verge). E-scooter companies struggled to show a profitable business case before Covid-19 and investments were already down.  Some cities are showing willingness to adapt their fee structures to keep micromobility companies afloat in their markets. Portland, Oregon has temporarily waived “e-scooter daily fees of up to $0.20 per scooter and $0.25 per trip in exchange for Spin reducing the cost of a ride by around 50 percent (David Zipper and Marla Westervelt, CityLab)”

COVID-19 has caused companies to drastically reduce/cut staff. Micromobility companies were already cutting staff in late 2019 – early 2020 and the current circumstances have further accelerated these cuts. Bird has laid off 30% of their staff and Lime has laid off 13%. Bird notoriously laid off hundreds of their employees during a two-minute, pre-recorded Zoom webinar. While former employees reminisce fondly about their colleagues, Bird leadership has been described as callous and unpredictable.

Micromobility can help cities and communities recover from Covid-19, but only if they plan for riders beyond just young, able-bodied, cisgender white men.  It is essential that everyone involved in transportation understands that "cyclists have differing status, rights, needs and capabilities depending on their social and racial background" (Agyeman, 2020). Planners must work to dismantle the barriers folks face based on race, gender, age, ability, and socioeconomic status. Specific issues include cyclists in lower-income areas not being counted or reflected in official cycle count data and the whiteness of the bicycle advocacy community. This leads to cyclists of color being "unrecognized, underreported and unrepresented" (Agyeman, 2020). While Black cyclists are often unnoticed by planners, they are disproportionately profiled and harassed by police. This is an issue for food delivery workers as well as commuters and recreational cyclists.

Bicycling and bike advocacy should be viewed as social justice issues that can help cities overcome Covid-19 and systemic racism. However, cycling in America has too often been whitewashed. Black folks and people of color ride, and often rely on, bikes in this country and yet they are often left out of conversations about bicycle advocacy and how to build better cities for bikes. As Tamika Butler put it, we must “get beyond the narrative that only people who (too often self-righteously) make a lifestyle decision to bike are worthy of our targeted marketing campaigns, advocacy, and celebration” (Butler, 2020). Butler writes that we must uncover the racism within our institutions, hire workforces that reflect the diversity of the communities they represent, and that those in power must relinquish some of it and make room for others. “Bicycling cannot solve systemic racism in the United States. But systemic racism can’t be fixed without tackling it within bicycling” (Butler, 2020).


New York legalized electric bicycles and the UK is accelerating e-scooter trials.. Micromobility companies are advocating for cities to expand safe streets and shared mobility infrastructure and select cities around the world are experimenting with ways to support micromobility beyond infrastructure improvements. In Italy, the government stimulus includes funding for bikes, scooters, or micrombility memberships. The French government is giving credits for bicycle repairs, sponsoring bicycle road user education, and paying people to bike to work. In the U.S., Miami is piloting a cargo bike program for last-mile deliveries.

Will there be a shift in micromobility services and infrastructure to be more inclusive towards folks who have been historically underserved regarding transportation options? As the world simultaneously struggles to recover from Covid-19 while reckoning with and protesting police brutality and systemic racism, this could be a pivotal moment for city builders and transportation folks to center mobility justice, equity and accessibility in the future of micromobility.

How will the defund the police movement impact enforcement of micromobility rider behavior? People of color have historically borne the brunt of policing and enforcement of rules governing micromonbility rider behavior such as sidewalk riding bans. “Besides the targeted harassment, many predominantly black and brown neighborhoods have been historically excluded from receiving safer bike infrastructure” (Cuba & Colon, 2020).

What will the long-term changes in travel behaviors look like? If demand for transit remains low, demand for micromobility options could help fill the gaps. Fear of exposure may shape people’s willingness to use different modes of transportation. How will public perception of the sharing economy and shared mobility devices change in the short- and long-term post pandemic? Of all the modes of shared mobility, micromobility may pose the lowest risk of getting infected with coronavirus. However, micromobility often fails to meet the need of those most dependent on public transit such as low-income families with children and folks who do not or cannot drive.

Companies are laying off staff and consolidating amidst the Covid-19 pandemic. Can a sustainable business model emerge out of the chaos? Will micromobility companies begin renting,leasing, or selling vehicles to individuals? As companies consolidate will a single app emerge as the hub for micromobility/transportation options using a Mobility as a Service (MaaS) model? What other forms of micromobility devices will emerge?

Micromobility could help create more resilient transportation systems as bikeshare bicycles and e-scooters are helping people with limited transportation options make essential trips. Bicycles have helped cities through many crises including in the Netherlands during the 1973 oil shortage, after the 2011 8.9 magnitude earthquake and tsunami in Tokyo, and post Hurricane Sandy in 2013 in New York. However, more work is needed to ensure micromobility is accessible, equitable, and comfortable for users beyond just young, white, able-bodied males. Questions remain about whether micromobility be viewed as a safe travel option emerging from the COVID-19 shutdowns, and it is important to examine who is creating and evaluating this safety criteria and which perspectives may be left out of the conversation.

Will public agencies be open to beginning new pilots or partnerships with micromobility companies' post-crisis? While private mobility companies may be an important element of resilient transportation systems, public agencies will need to weigh the costs and benefits they provide and create partnerships with public policy goals in mind. “Is shared mobility an essential or non-essential service?” Many micromobility companies and proponents of transportation options deem shared mobility as essential services, but some cities have decided otherwise. To support public health, climate change, equity, and road safety, cities could build infrastructure to accommodate micromobility. Micromobility can help people travel safely and with low environmental impact through the current crisis and beyond.