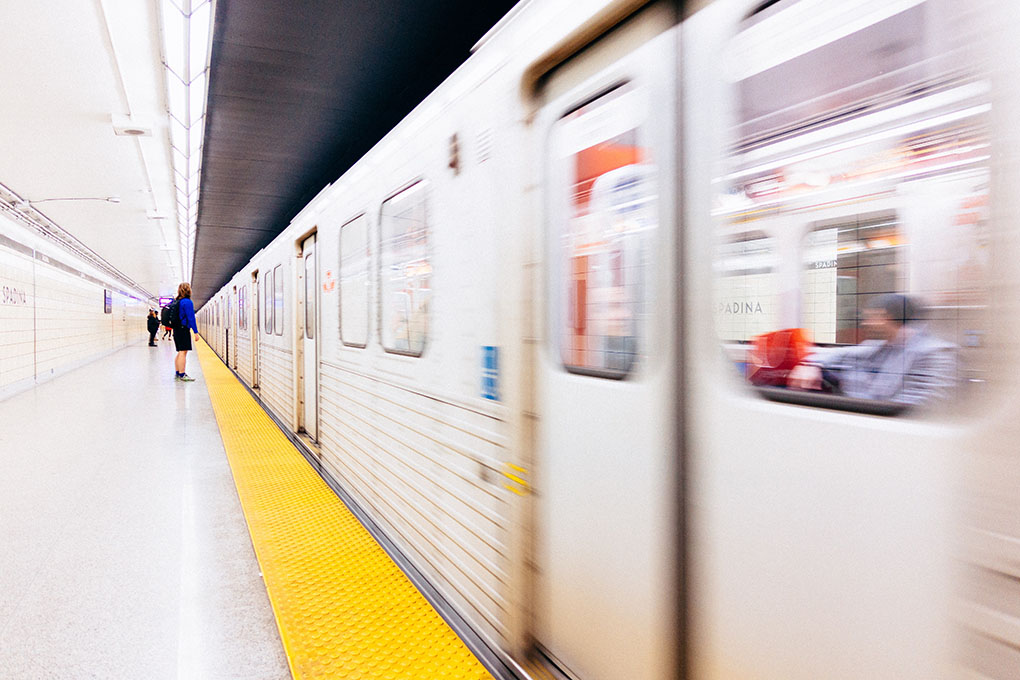 Transit ridership has fallen  across the U.S. with many businesses, schools and other destinations still closed, travel significantly curtailed, and  a shift to working from home for those who are fortunate enough to have the option. At the height of the shutdown New York subway ridership dropped 90% below its usual level. However, the impacts on transit are not uniform, as Robert Puentes of the Eno Center for Transportation explains. Rail has experienced steeper decreases in ridership than buses since commuter rail riders tend to be wealthier and more likely to have the option to work from home.

In response to the crisis, many transit operators have been forced to move more quickly than usual, adjusting service levels, temporarily eliminating lines, and working creativelyand iteratively. Some agencies faced criticism after photos of overcrowded buses on lines where service had been reduced emerged, placing additional burdens on transit-reliant workers. Many have instituted measures in order to increase protection for both drivers and passengers, such as requiring rear-door boarding and making transit free to limit direct interaction. Some operators have replaced regular transit service with vouchers for TNCs or taxis, particularly for overnight service.

Transit budgets have been severely impacted by the drop in ridership coupled with increased costs in cleaning and other services. Washington D.C.’s Metro was estimated to be losing $2.5 million per day at the height of the shutdown. In Dallas, the transit agency estimated that Dallas Area Rapid Transit was facing a $600,000/week revenue loss and a $100,000/week in increased costs. Besides fare, many transit agencies also rely on funding sources that may be impacted by the pandemic such as general funds that draw heavily on income and sales taxes.

Transit employees who were sick with COVID-19 or quarantined after exposure have begun returning to work, easing some labor shortages that existed in the early part of the shutdown, but safety concerns remain paramount. Transit workers have been falling ill at alarming rates, and deaths are mounting, contributing to the disproportionate impact that COVID-19 has had on people of color. As of May 13, 116 MTA employees in New York had died from COVID-19. As a result, transit unions called for more protections for workers, including hazard pay, additional PPE, and possibly a complete shutdown.

Many pandemic-critical workers are transit-reliant, which puts them at further increased risk of contracting the virus. Black workers are also more likely to have front-line jobs that have been deemed “essential.” Transit operators must weigh the decision to reduce or eliminate service with the need to provide transportation to pandemic-critical workers. Requiring rear-door boarding on transit and other efforts that transit agencies have taken to protect drivers has also created new issues for people with disabilities and others who may require driver assistance.

The CARES Act was signed into law March 27, 2020 with $25 billion earmarked for public transit, but some lawmakers are pushing for additional funding given the anticipated shortfall. The Federal Transit Administration (FTA) will distribute the funds from the CARES Act, but there was immediate speculation that it is not nearly enough to keep transit afloat.

Ridership will likely remain lower than usual for some time even as stay-at-home orders are lifted. Some people may feel that taking transit is too risky and those can afford to own a car may opt to drive instead. The Center for Disease Control initially issued guidance encouraging employers to offer incentives for using forms of transportation that minimize contact, such as driving to work alone, although it was later revised. Some workers who used to take transit but have been privileged enough to be able to work from may continue to do so for the foreseeable future. Technology companies like Twitter and Facebook have already announced that some employees will have the option of continuing to work from home or returning to the office.

Even with funding for transit in the CARES Act, it is projected that many transit operators will continue to face significant budget shortfalls. If ridership continues to stay lower than average, how will transit be funded? Will additional measures be passed?

Transit operators may face difficult decisions about whether to permanently cut some lines or continue to operate at reduced service levels given budget constraints, which could further exacerbate racial inequities. They may also have to manage operating at reduced levels while taking care not to create conditions that would lead to overcrowding since social distancing measures are likely to be in effect for some time. If transit service is reduced or lines are cut completely, transit-reliant workers are among the most likely to be impacted. A reduction in service may also further limit access to jobs, which has serious equity implications. Transit agencies may need to think more broadly about the suite of services they offer in order to center equity.

Will transit face staffing hurdles in the future  if the job will be viewed as unsafe? Transit workers tend to be older (65+) and already suffered from higher injury and illness rates compared to other professions.