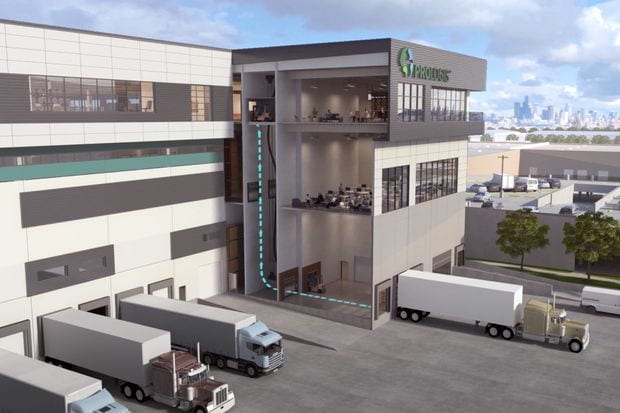 Amazon is known for quick delivery of just about everything, but, as we’ve written about before, this convenience comes with costs. In order to ensure timely delivery to its customers, Amazon needs thousands of delivery trucks on the roads, adding to traffic congestion and potentially creating safety hazards, as Buzzfeed News recently reported. (Fun fact: ProPublica co-published an investigative article with The New York Times recently on a very similar topic—both are fascinating reads.)

Amazon contracts with small, independent shipping services for many of its deliveries and requires them to hit high delivery targets. According to Buzzfeed, “drivers say they often have to deliver upward of 250 packages a day — and sometimes far more than that — which works out to a dizzying pace of less than two minutes per package based on an eight-hour shift.”

The need for speedy deliveries, when carried out by small, independent delivery companies, can create safety hazards for drivers who feel pressured into long shifts and rushed driving. This is dangerous for drivers as well as everyone who shares the road with them. One of the issues is that small last-mile carriers may have less rigorous safety practices than traditional carriers, like the US Postal Service, FedEx, and UPS that have more resources to dedicate to risk-management and driver safety, and are subject to greater governmental oversight.

The article questions the ethics of Amazon’s delivery model. However, because these drivers work for independent companies, not Amazon, the e-commerce giant is largely able to shield itself from allegations of wrongdoing. This protects Amazon from lawsuits that could arise from accidents involving its delivery trucks.

Another article published by the Wall Street Journal on September 10, 2019, reported that multi-story warehouses may become more popular in the U.S. as land prices rise and demand for next-day and same-day delivery increases. An early example came when Amazon recently leased 500,000 square feet of space in a three-story warehouse in Seattle in order to locate more distribution close to its customers. The article explains that this will facilitate faster and more cost-effective delivery of goods in dense urban areas. Though this type of warehousing facility is new to the U.S. real estate market, it may prove to be a profitable investment in cities like New York, Los Angeles, and San Francisco, where demand and prices for urban land are high.

So what do these two developments have to do with one another? They both have implications for the delivery of goods in America’s urban areas. As online retailers seek out warehousing locations closer to their customers, multi-story facilities in urban areas may become more numerous than sprawling single-story warehouses in the suburbs. This will, in turn, affect the routes, number of trips, and vehicle miles traveled by delivery trucks. It may also affect the number of trucks on the road and traffic congestion. Trends in warehousing and last-mile delivery are evolving at the same time, and time will tell how they interact.