Electrifying (and charging) the Future of Mobility 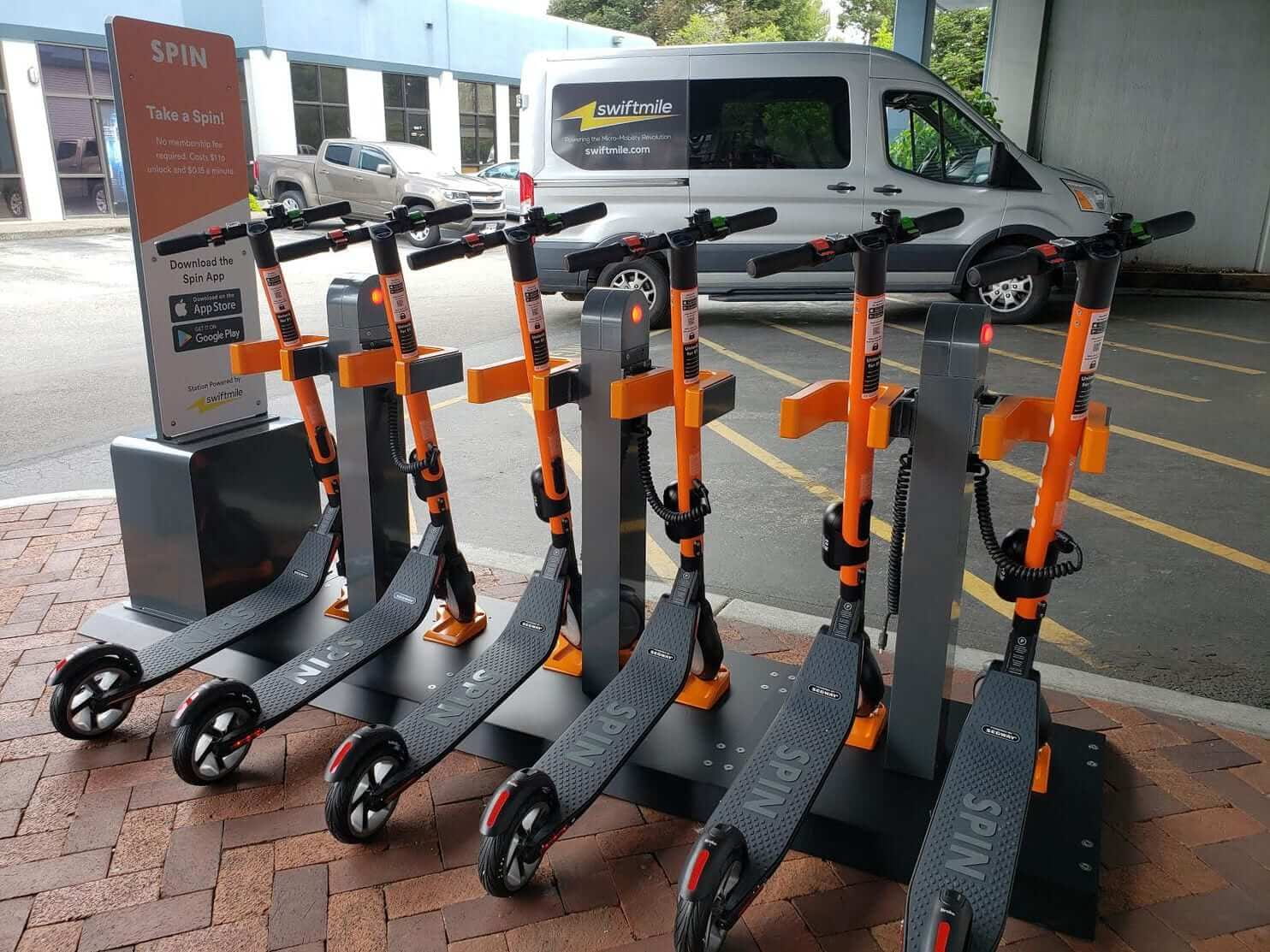 Summer is almost here, and you know what means: the days are getting longer, the nights are getting warmer—and prime scooting season is upon us. E-scooters were a featured topic of discussion at the 2019 National Urbanism Next Conference, and for good reason. They essentially exploded onto the micromobility scene in 2018, eliciting a mix of reactions ranging from delight to consternation. Cities have been grappling with a host of questions, such as should they even be allowed on city streets? (NYC still says no.) If they are allowed, where should they be ridden? And also, where should they be stored when in not use? The crux of the issue is that the public right-of-way is limited—there’s only so much space to go around—so how does that space get allocated? For obvious reasons, cities don’t want to see sidewalks cluttered by e-scooters or other shared micromobility devices, creating potential obstructions and unsafe conditions for pedestrians.

In an effort to bring some order to the chaos, cities are experimenting with designated parking corrals like these in Santa Monica. But as we roll into our second summer of e-scooter pilots, some cities are taking it one step further and will be testing out solar-powered docking stations. (Yes, you read that right. The dockless devices will be…docked.) The Washington Post reported that Ann Arbor, MI and Washington, D.C. will each be engaging in a 90-day pilot program with e-scooter company Spin and Swiftmile, the manufacturer of scooter-specific docking stations. It will be interesting to learn about the results of these pilots. Will docked e-scooters see the same levels of ridership as their dockless counterparts? Will the presence of these stations help reduce instances of sidewalk clutter and the number of complaints made? Also, will fully depleted e-scooters be able to get totally recharged in three hours, as Swiftmile suggests? If so, that could mean that scooters spend more time in circulation and less time being hauled on/off streets for charging purposes, which could mean reduced VMT, and perhaps…a more efficient use of that limited public space?

As more and more attention is given to curb management and space allocation, cities are increasingly thinking about curbside and right-of-way charging as well. Range anxiety, which is the fear that an electric vehicle will run out of charge between charging stations, is cited as a top reason why Americans are not buying EVs. The fear of hopping on an e-scooter only to have it run out of juice mid-trip may not be the same kind of determent for fans of the micromobility devices, but it’s a bummer nonetheless. If we want to continue to electrify our transportation modes, we need to make our streets more hospitable to electric modes, which includes increasing charging capacity. Our community partners over at Forth will be talking a lot about the future of charging and how we can lead to an increasingly electrified future at Roadmap 12, coming up June 18-19 in Portland. (Use the code URBANISM to get $75 off registration!)