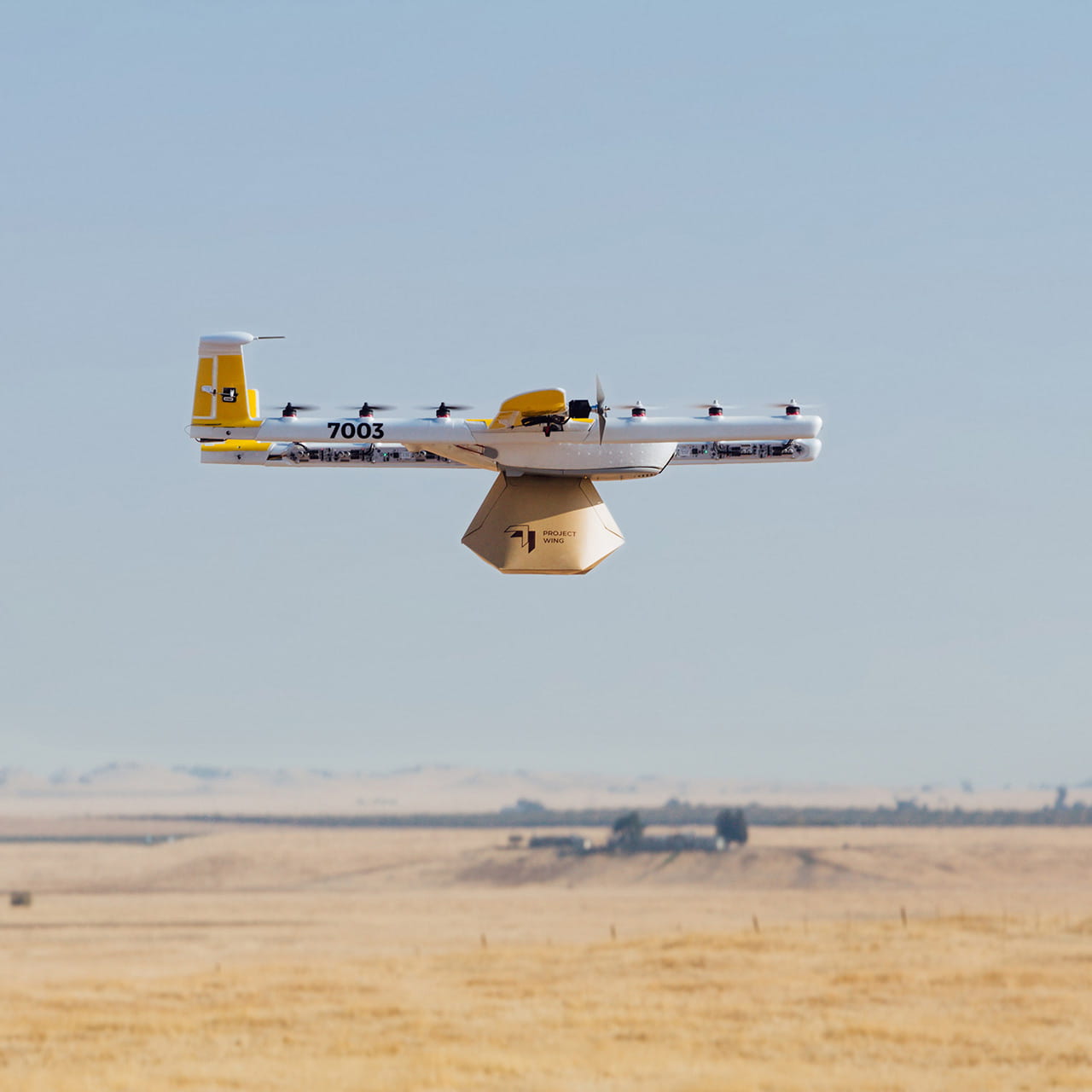 Commercial package delivery by drones is one step closer to reality. The Federal Aviation Agency (F.A.A.) has approved Wing, the drone-delivery company owned by Google’s parent company, Alphabet, for commercial deliveries—a first of its kind in the U.S. Wing plans to start drone deliveries in Virginia sometime later this year, as reported by the NY Times. Wing has been testing its drones near Canberra, Australia and has already logged some 3,000 deliveries.

Urban delivery is a complex ecosystem, and one that continues to evolve as new technologies emerge. Terrestrial drones (or self-driving robots, or robo-couriers) like those operated by Starship Technologies are already on the scene, and growing in popularity— they seem to be especially popular on college campuses. Amazon, perhaps unsurprisingly, is getting into the terrestrial game as well and has started piloting the “Scout” for Prime deliveries in a few neighborhoods in Washington.

What does urban delivery look like when we add an aerial component? According to a Pew Research Center survey, there’s still a lot of wariness about drone delivery—about 54% of respondents said they didn’t think that drones should be allowed to fly near people’s homes. That being said, the question posed was not specific to commercial delivery but just drones in general. Perhaps some people may feel differently if the drone flying close to their home is making a quick package delivery? There are potential environmental benefits of drone delivery, but it’s hard to know just how quickly this kind of delivery might scale up—and what it might mean for cities if/when it does.

We’ll be talking about these very things at the Urbanism Next Conference in May. E-commerce expert Sucharita Kodali will be speaking about last mile delivery, and the folks from Perkins+Will have organized a half-day workshop about adapting our neighborhoods, streets, and homes to the new retail paradigm. Lots to discuss, and we hope you will considering joining us for these conversations!