TNCs already cheaper than driving for some drivers 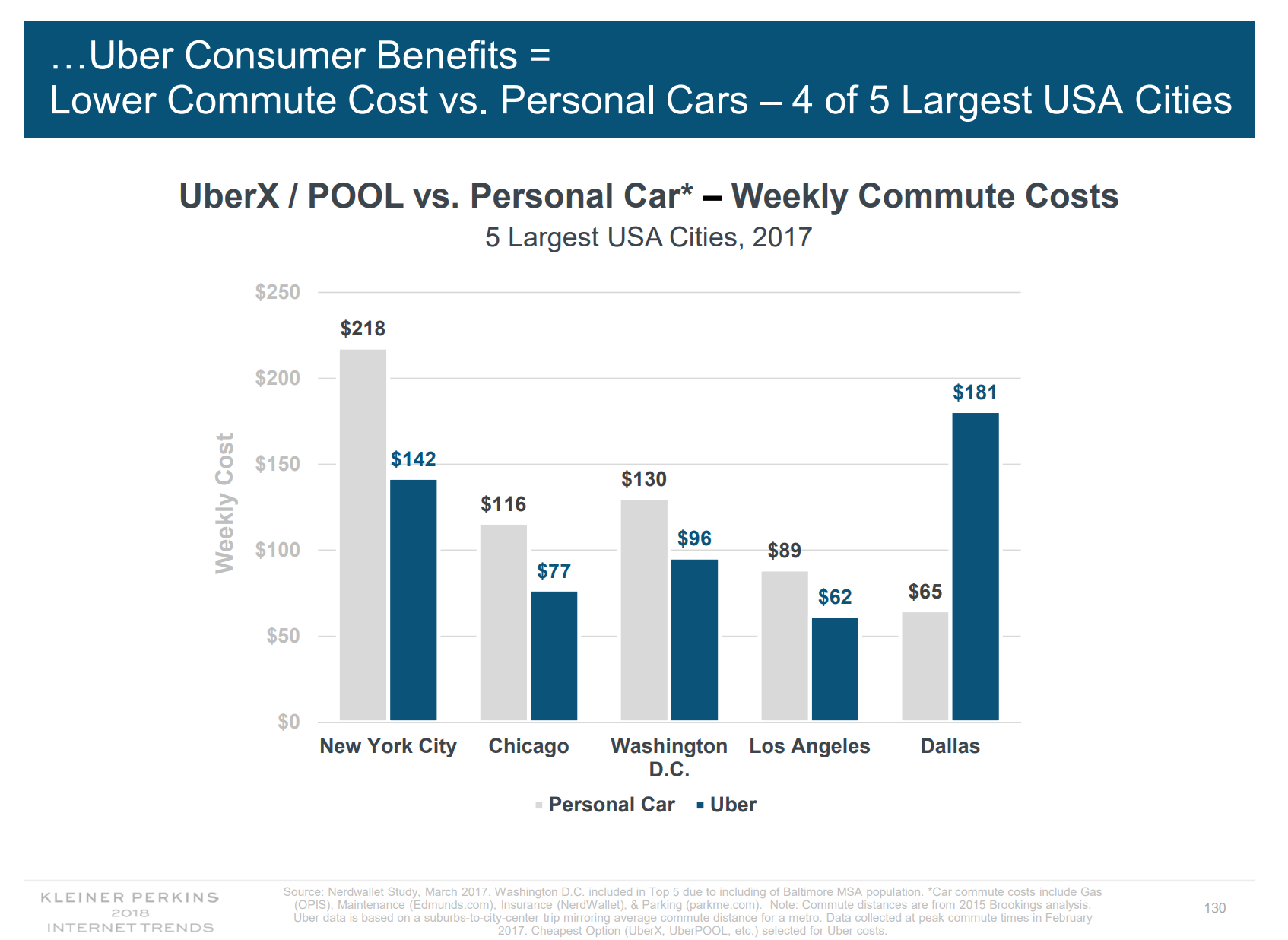 For some cities, using Uber is cheaper than driving. This is the future of TNCs and AVs.

This is the finding from Mary Meeker’s (of Kleiner Perkins) internet trend 2018 report. She notes that there is 2x year over year growth in rideshare rides, with 20% of those rides being taken using shared rides (UberPool)—in markets where that service is available. She also notes that public transit use is up 30% since 1995—though use has been flat or declining in more recent years.

These trends are clear for areas where parking and insurance rates are high, but “When you move somewhere where everyone has their own driveway and parking is earlier to find, the reverse is more likely to be true.”

One of the more interesting things in the report, to me at least, is that the cost of operating and maintaining vehicles has increased as a share of personal spending over the last 45 years. The complexity of vehicles has increased. Based on what we know about AVs’ complexity, it would seem as though their complexity will be substantially higher, perhaps pushing toward fleet ownership, where economies of scale could make that cost of ownership lower if you’ve got a lot of cars rather than just the one. Clearly, this is speculation, but with evidence that people are increasing their use of TNCs, becoming more willing to share their rides, and that in some cities TNCs are already cheaper than car ownership, then it becomes safer to assume that the AV world and the world of shared-mobility will collide sooner than many expect.