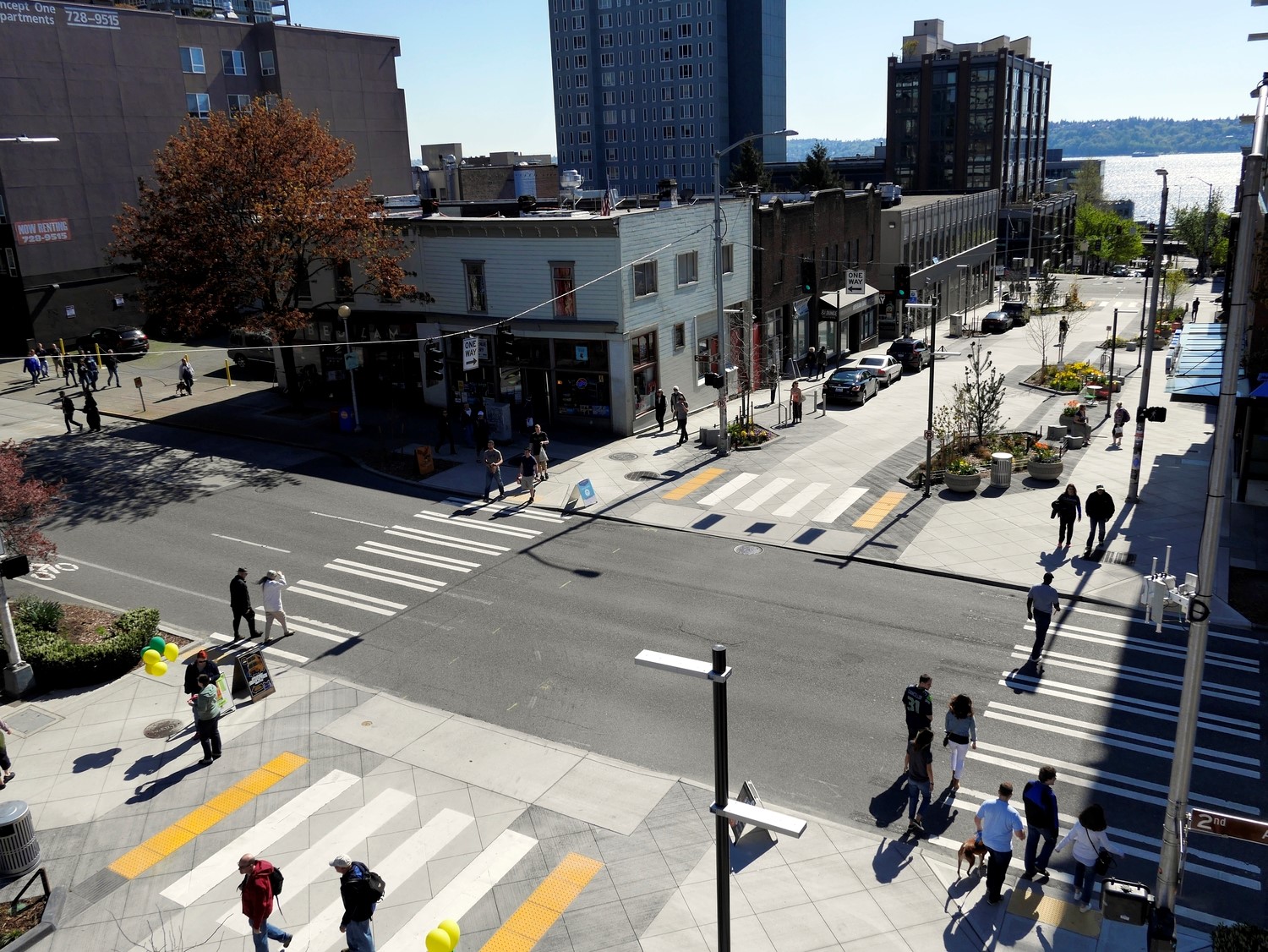 A recent article from Curbed examines our long-neglected pedestrian infrastructure and the variety of solutions that are being tested to improve our most basic form of mobility – walking. Sara Polsky writes about the benefits of pedestrian-centered streets as well as some of the reasons people were relegated to the sidewalk in the first place (hint: it was because of cars).

With transportation contributing over half of the greenhouse gas emissions across the country, cities are starting to invest more in walkable neighborhoods, and in many places their residents are pushing for this change even more strongly. And while some advocacy groups are trying to simply get their city to maintain their sidewalk network, others are starting to imagine pedestrian life without the sidewalk. Here are some of the more radical ideas:

With the advent of autonomous vehicles, some of these ideas could become even easier to implement. With the expected reduction in parking need and narrower vehicle lanes, more space could be converted from car-only to multi-modal. The Curbed article discusses these ideas as well, and brings up the idea that with ubiquitous sensors, AVs could even operate in a shared street environment.

Steph Nappa is a Master’s Candidate in Community and Regional Planning and an Urbanism Next Fellow at the University of Oregon. She is examining how to re-design city streets to prioritize bicycles, pedestrians and transit in an era of autonomous vehicles.