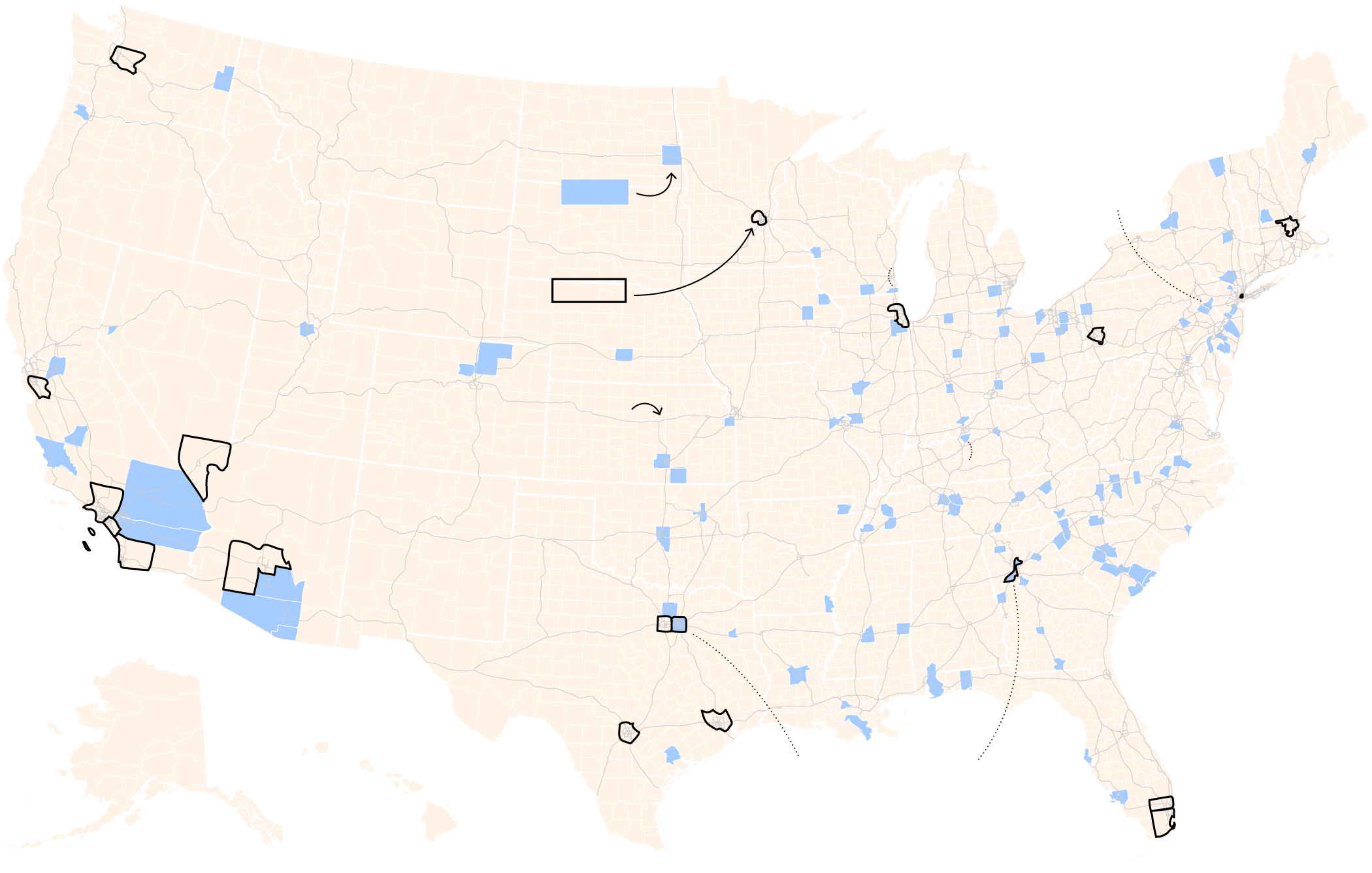 With the continuing growth of E-commerce, cities are seeing large growth in the amount of space needed for warehousing. According to JLL – a commercial real estate company – the vacancy rate for warehouse space at 5.2% this year, down from an average 8.1% over the previous decade. A driver of this issue is that “…E-commerce operations require three times the amount of warehouse space that brick-and-mortar stores need… to guarantee that inventory is on hand and returnscan be processed. That means companies with online shopping platforms are going to be on the hunt.”

Cities across the country are seeing large growth in this sector and this is creating competition for other industrial and light-industrial uses that use similar spaces. With this, location is also becoming more important in the value of warehouses as the need for access to markets and quick delivery grows with shifts in short-timeframe delivery of E-commerce. That said, the largest growth in warehousing employment has been in smaller counties located near larger cities or major highways (see image below).

A quick summary of key points of the article (credit to Jeb Doran from TriMet for this):

For more on the changing nature of warehousing, take a look at our ‘Warehousing’ report on our Research Briefs page.

The 20 counties with the largest job markets in 2010 have accounted for a quarter of the nation’s net job gain since then. But the warehouse boom is playing out differently. Only 11 percent of the new jobs have gone to these large counties, and the industry is growing rapidly in smaller counties adjacent to population centers and major highways.”

By The New York Times | Source: Bureau of Labor Statistics